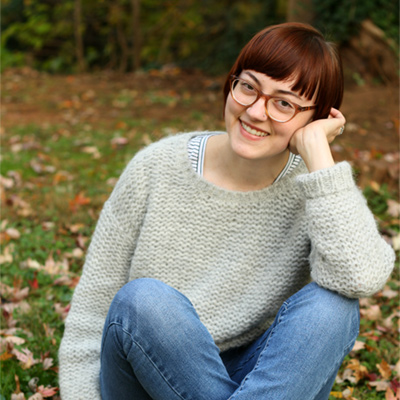 “StyleWise is a place to consider our attachment to the things we buy, learn more about the people and processes behind products, and work together to make the world a little bit better, step by step.” -Leah Wise

When did you become interested in ethical and sustainable fashion?
It’s been a real process over time. Right after I graduated from college I worked at a Christian craft store. It had this ideal of having better values than a typical store. Every Thursday was truck day and we would unpack boxes of things and as I put things on the shelf, I noticed “Made in Haiti” and “Made in China.” And there was one particular product that was this metal frog and it said “artisan-made” on it, but we were selling it for $3.99 or something. That’s when the cognitive dissonance hit of “wait, someone is making this.” I realized they probably weren’t getting paid very much. It made me angry as someone who grew up with a Christian worldview. This company was projecting that view but not living those values of caring about everyone and that was the tipping point for me.

Did you start your blog right after that?
I started it about a year later.

And what was that process like? Had you done writing and photography before or was that all new for you?
I’ve been on Live Journal since I was in Middle School. I started blogging very, very early on. I had a style blog in college but it was just a conventional style blog. I think I had like 40 readers and it wasn’t particularly successful. That was when style blogging took off for a lot of people so I liked being part of that community. The reason I started a blog for ethical fashion was because I didn’t know anyone else talking about it, and I had no idea how to get resources. I thought “well, if I just throw something out into the world, maybe I can get connected with people who can help me figure out the best way forward." There is a huge community out there that I’ve been able to find through my blog.

Were there particular brands that were the “original brands” that you discovered when you first started blogging about sustainable fashion?
I started looking up corporate responsibility standards for a lot of larger brands because that was the easiest thing to find. That helped me get some of my sense of the types of standards to look for. From there, I found Mata Traders which is a Chicago-based fair trade store. I think at the time, in 2013 or so, they were one of the biggest American fair trade companies that were producing clothing. And then there’s 10,000 Villages of course which a lot more people know about since they have brick and mortar stores all over the country. It was good to have companies that included education in their marketing.

How has the landscape and community of Charlottesville in particular influenced your blog?
I moved from Tallahassee, Florida, which is a much larger city. In that sense, you don’t get that tight-knit community. You don’t have this sort of encouragement to just start talking and collaborating with people and I feel like in Charlottesville you do have that. I worked on the Downtown Mall the first few years that I lived here. I worked at a fair trade coffee shop, which was just accidental. Just being able to talk with a lot of people about deeper issues right off the bat was really encouraging. The advocacy and pride for local art and local food all ties into that consciousness.

Listen to the Complete Interview 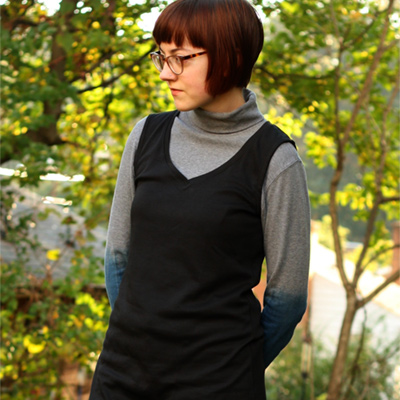 Leah Wise is the founder of StyleWise, a blog focused on sustainable and fair-trade fashion.  She's based in Charlottesville, VA. 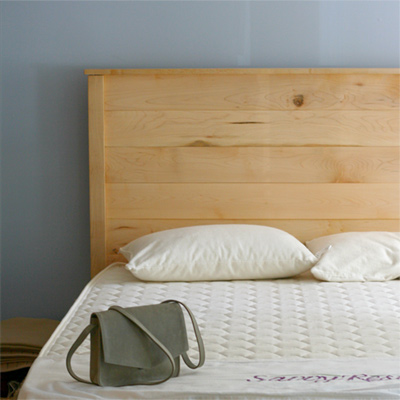 Many thanks to Leah, who took time to visit our Charlottesville store. Don't worry! She didn't leave her purse.

You heard about Savvy Rest through Natalie from Sustainably Chic. She has blogged and posted on social media about our Esmont platform bed, our organic kapok pillows and our organic body pillows. She’s been a huge supporter of Savvy Rest which has been fantastic. So you’re part of this big sustainable fashion blogging community with people like Natalie. Are there other bloggers in particular that have inspired you?
Earlier on I found Hannah Theisen from Life+Style+Justice. We actually stayed together to go to the Justice Conference in Chicago last year. I just read an article that said, “you’re allowed to call your online friends your friends.” She’s really one of my very good friends. Then Holly of Leotie Lovely is also someone that I frequently bounce ideas off of. Natalie and I are in The Ethical Writers Coalition which was founded primarily by Alden of Ecocult and Elizabeth from The Note Passer. They’ve really been great mentors in a lot of ways because they do other freelance work and are a wealth of information. And being a part of this large group of at least 100 people, all these creative ideas and research people have done independently has been so helpful because then I’d be trying to figure everything out by myself.

You did a Zero Waste challenge recently. How did that go?
It was sort of horrifying. I hadn’t really thought that much about it beforehand. I was the one who started the conversation in the first place and then I was like, “Oh no, I’m obligated to do this!” But I feel like there are some Zero Waste bloggers who act like it’s really easy and it was driving me crazy. They are like “it’s simple--just go to your local composting place!” But what if they’re only open in the middle of the day? There are all these obstacles, especially if you don’t live in a city. My closest grocery store is a Food Lion and they just needlessly package produce. It was a challenge. I think what I learned from it is if I’m paying more attention, it’s a lot easier. I took some of the pressure off being the perfect Zero Waste person and thought about all of the ways I’m using waste and making very simple, small changes. I had sort of mentioned in one of my posts that I wanted to have my mom crochet me some cotton balls I could use for toner and I hadn’t even talked to her about it but she reads my blog. I went to visit her last weekend and she just handed me a pack of them that she made.

You use our organic kapok pillow and blogged about it in an article titled “An Ethical Home: Go Eco in Your Sleep with Savvy Rest’s Kapok Pillow.” Can you tell listeners what you think about the pillow and how it has positively affected your sleep?
I like the design of it first of all. I like the fact that you can customize it and that rather than putting the whole pillow in the wash, you have this nice flannel zip cover on it which will probably extend the longevity of the pillow. Maybe this is really cliche but I really love trees and I think it’s just cool that this soft, cottony fiber comes from a tree and that it really does have this down texture to it.

Has connecting with Savvy Rest changed your perspective on bedding products and the importance of sleep in general?
I know that I don’t get very good sleep sometimes and that I don’t always pay enough attention to my health. I really appreciate connecting with a local company doing this. As important as it is to be connecting with people online, I think when you can actually be face to face with someone and see the process and feel like you can be proud of your local community, that makes a big difference. 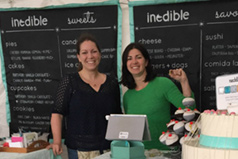 We talk with Jessica Partain, co-owner of Charlottesville-based Inedible Jewelry, about her unique creations. 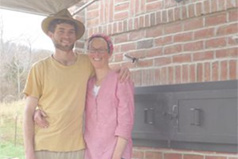 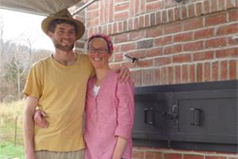 Farming with Purpose: An Interview with Ben Stowe

We spoke with Ben Stowe of Little Hat Creek Farm, a Roseland-based CSA and bakery, about his growing business. 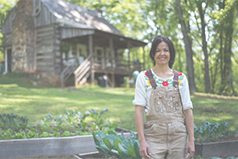 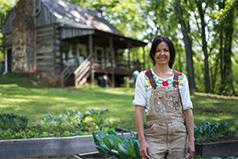 The Rhythm of Pottery: An Interview with Beatriz Gutierrez

We caught up with Beatriz Gutierrez, a local potter who is known for her beautiful mugs, bowls, plates, and more.