If you wake up after a full night’s sleep feeling exhausted, you might have one.

If you can’t get to sleep without a prescription, you might have one.

If you fall asleep readily but wake up way too early, you might have one.

If you wake up gasping for breath or hearing yourself snore, you might have one.

If your snoring can be heard outside the bedroom, you might have one.

If your legs tingle, twitch and thrash at night, you might have one.

Why does it matter? According to the Centers for Disease Control, 70 million Americans are affected by sleep loss and sleeping disorders. Sleeplessness can lead to accidents, injuries, depression, and an inability to handle work responsibilities. Like many huge health statistics, 70 million might seem abstract. Here’s a report that brings it home, and may inspire you to make healthier sleep a serious personal priority for the New Year.

A new study reported in the Journal of the American Medical Association has found that up to 40% of a large group of police officers surveyed have a sleep disorder. “It’s an extraordinarily high number...and the general public is probably not far behind,” [emphasis added] said Dr. Charles Czeisler, Chief of the Division of Sleep Medicine at Brigham and Women's Hospital. Some officers with obesity are more likely to have obstructive sleep apnea, a major sleep disorder. But obesity isn’t the explanation for all those sleeping troubles--many of those surveyed had a sleep disorder and were not overweight.

Not in law enforcement, or not seeing how this relates to you? Here’s the stunner: 26 percent of the officers in the study reported falling asleep while driving once a month. When people can’t get to sleep, or don’t sleep soundly, the ripple effects can be huge. No matter who you are or what stresses you face, a sleep disorder can make things worse.

The good news, according to the Centers for Disease Control, is that today there are many medical and/or behavioral treatments that can reduce your sleep struggles to an occasional bad night. So if one of those worrisome scenarios above sounds like you, here are some actions you can take:

And if an uncomfortable bed is part of what’s keeping you awake, consider treating yourself to a high-quality natural mattress in the new year. It’ll do your body good! 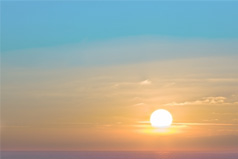 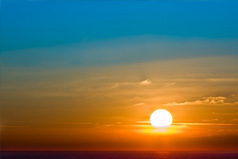 Feel better throughout the day by following your natural biological rhythmns. 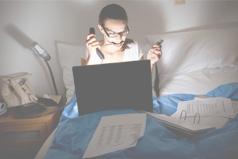 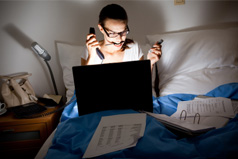 Sleep is Mother Nature’s way of saying that right now, “Everything is okay. There is nothing to do." 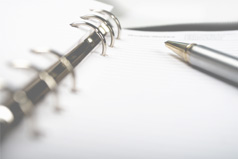 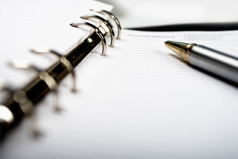 Tracking your habits allows you to make better decisions for your sleep.