So much we take for granted in daily life wasn’t available a short time ago.

Say you were living in a busy industrial city in the U.K. before alarm clocks were widely available. You had a job and you had to get to work on time—and you were routinely exhausted, given the working conditions, not to mention the miserable mattress you slept on. How could you be certain to wake up in time?

You’d hire yourself a “knocker-up”—or if you worked in a mill or factory, the service might come with the job. For a few pence, these reliable individuals would make sure you were up at the time you needed to be. In England and Ireland, from the start of the Industrial Revolution into the 1930s, knocker-ups could be seen walking through the streets, waking their clients one by one.

No Pension, No Pence

Knocker-ups were most often elderly men or women, or sometimes coppers on the beat supplementing their pay. Often rising as early as 3 a.m. to begin their rounds, they would carry a slate with a list of their clients and designated waking times.

If you lived in a one-story dwelling, the knocker-up would pound on your door with a truncheon or stout stick. Or sometimes a “snuffer-outer”—a tool used to extinguish the gas streetlights at dawn. If you slept in a room on an upper floor, the most common tool was a long bamboo pole with a knob of twisted wire on the end, for tapping and scratching on high windows. One inventive knocker-up, Molly Smith (pictured), used a piece of rubber tubing to shoot dried peas at her customers’ windowpanes.

And no knocker-up would leave until you showed your sleepy face.

Today, you might have not only a comfortable natural mattress, but your own knocker-up, too—perhaps a child, a pet, or a partner. Next time yours does the job of waking you, remember the knocker-ups of yesterday. 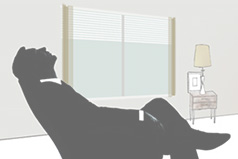 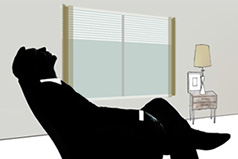 Relaxing, doing "nothing," and lying down for a good night's rest. 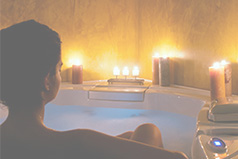 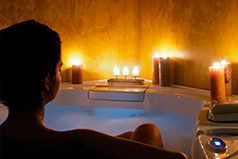 A Better Bedtime: For Grownups

A nightly routine is the best way to wind down for sleep. 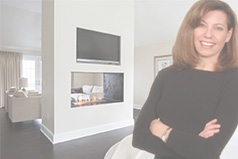 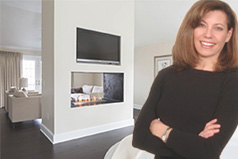 Beverly Maloney-Fischback is the CEO and founder of Organic Spa Magazine.